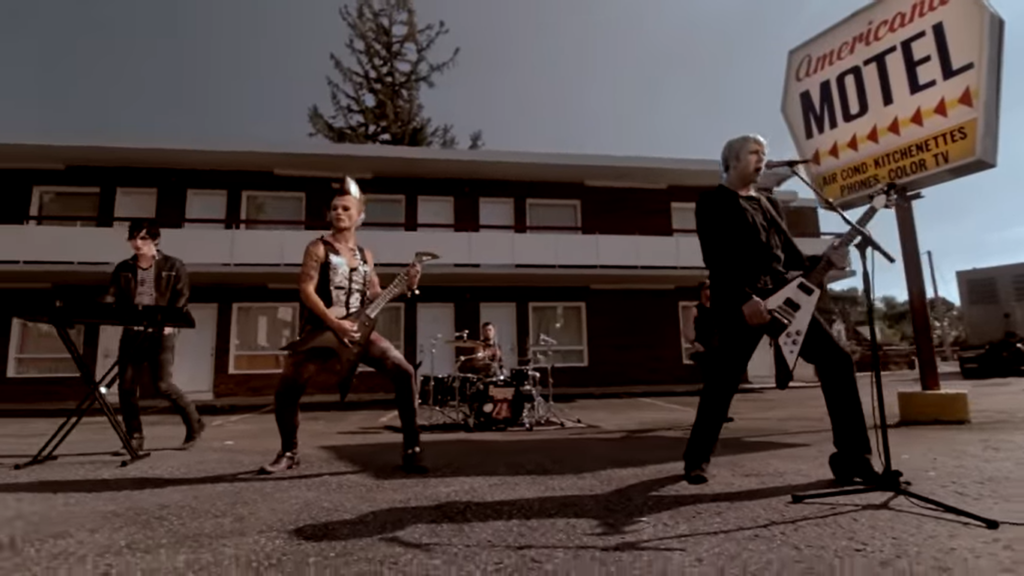 My Darkest Days was a rock band from Canada formed by Matt Walst along with his friends Brendon McMillan, Doug Oliver and Chris McMillan in 2005. Chad Kroeger from Nickelback discovered them and signed them to his label 604 records. Now, Chris McMillan was replaced by Paulo Neta later on when Chris decided to leave the band to become an electrician. In 2009, Matt met Sal Costa and Sal replaced Paulo Neta to become the band’s lead guitarist. Pualo then became the lead guitarist of Thornley and Big Wreck.

Now, My Darkest Days released their first single called ‘P**n Star Dancing’ after being signed with Chad’s label. Chad decided to feature in it along with Zakk Wyde. Ludacris is also a part of the song in a separate version. My Darkest Days is known for producing great songs like ‘Sick and Twisted Affair’, ‘Casual S**’ etc. However, the band was active for a very short period of time. They released two studio albums ‘My Darkest Days’ and ‘Sick and Twisted Affair’ during the period from 2009-2012.

In January 2013, Sal Costa was reported to have left the band. Around the same time, Matt Walst also decided to join Three Days Grace following Adam Gontier’s exit from his former band. With two main players leaving the scene, other band members decided to take up side projects on their own. Doug Oliver started Cold Creek Country. Reid Henry and Brendon McMillan started a band called ‘Deadset Society’.

My Darkest Days is known to be still maintaining an active facebook page after their extended hiatus.

What happened to The Rasmus?
How music affects your life? What you should know?
American Idiot: Green Day Song Meaning and Facts
Sal Costa on music career and hitting rock bottom
Why Deuce had to leave Hollywood Undead?
Tokio Hotel: What happened to them?