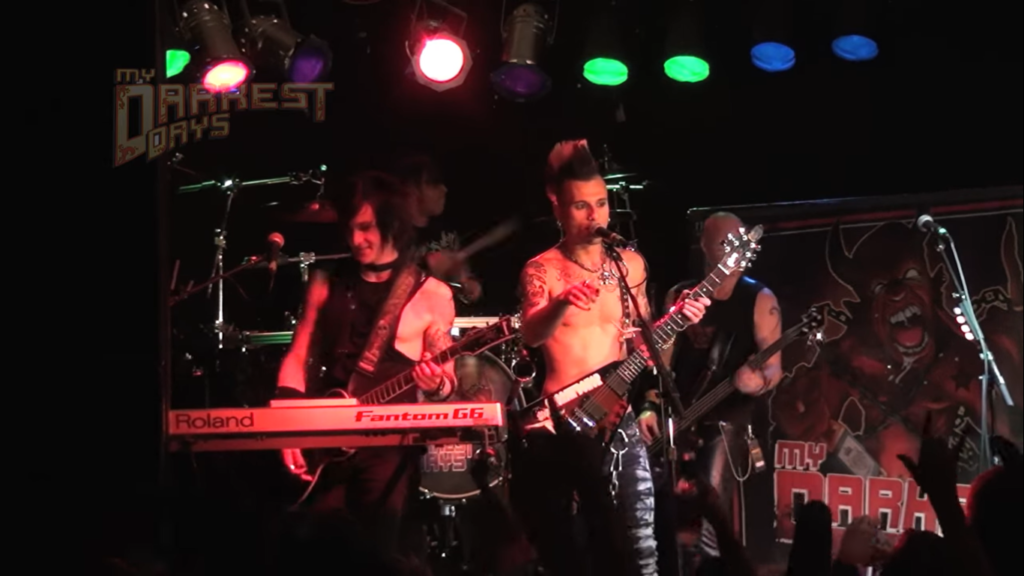 Sal Costa is best known as the lead guitarist of My Darkest Days. He joined the band in 2009 and his departure was confirmed by My Darkest Days on 9th January 2013. Sal wanted to continue his music career and formed his own band. The band that he later formed was Smashing Satellites.

Sal had talked about his exit from ‘My Darkest Days’ saying that he had left the band in October 2012, but the decision was not made public because he felt leaving in such a circumstance would be unprofessional. He stayed on to play during shows mainly because he felt he owed it to the fans who had paid to see him.

When I think of a band, I think of a group of artists sitting in front of the same canvas painting different parts of the same scenery. I had felt for a long while that I was painting a different scene on a different canvas altogether. We were just not on the same page on many fronts. However, that is okay. Everyone is entitled to their own journey. That is the beauty of life. How can I tell my fans to follow their heart and dreams and then not do the same for myself? That would be hypocritical for me to stay.

Sal also talked about him being interested in different types of music. He spoke about how he used to listen to music ranging from pop, rock, classical etc. He talked about how he did not like being categorized in boxes and wanted to create any type of music that he wanted. For that reason, he started his own band ‘Smashing Satellites’ where he could create any type of music that he wanted. The most popular song by the band is ‘Gamblin Man’ released on 8th January 2016. Sal Costa announced his retirement from the music industry on 22 October 2017.

Now, Sal appeared in a Ted Talk show where in he talked about his life and passion for music in general. According to him, he had put a lot of pressure on himself that it took a huge toll on him. He was in a very bad shape despite making it big in the music industry. He had achieved his dream but he wasn’t happy. Sal describes that time as being anxiety filled and depressed. He was taking medications which were highly addi*tive to help him cope up during that time. Sal was scared to walk away from music, the thing that he had spent his entire life pursuing. One time, he was doing a meet and greet with fans after a show and he suffered a panic attack that he had never suffered before. At that time, he just ran away from the scene. He realized that he could not pursue music anymore during that time. Later, he took up cooking because he was in desperate need of finding some sort of passion. He realized that because of music, he had neglected different aspects of his life. This made him happy again. Later on, he reconnected with some of his old friends Brian Byrne and Dave Benedict who used to come on tour with him. At that time, Sal found his love for music again and enjoyed playing music like the way he did when he was a kid. So, that was Sal’s story. I believe he is in a great place right now.